The Olympics… over to you

Last night the curtain came down on what was an incredibly successful Olympics for British athletes: second place in the medal table for the first time in 108 years, the first nation to increase its medal count at five successive Games, the only host nation to go on to win more medals at the next Olympics.

Brilliant for British athletes, but what did the viewing public think of the spectacle? Using Harris 24 – our speedy and efficient research service, we asked the nation for their thoughts, polling 1,000 UK adults aged 18+ in just 3 hours this afternoon (Monday, 22nd August 2016). Here’s what they told us:

83% of adults followed the Olympic coverage this year, with almost 9 in 10 of those opting to tune into the live TV coverage. 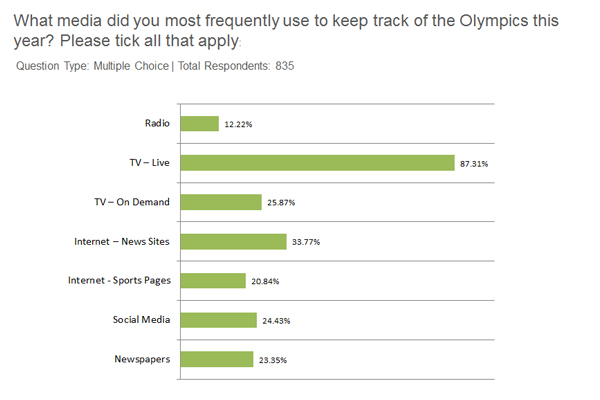 Amongst all the GB team gold medal winners – the Women’s Hockey team are the clear champs with a massive 34% rating them as their favourite. The Men’s Synchronised 3m Springboard pairing [18%] take second spot, with the hugely successful cycling teams taking the next three places for the Women’s Team Pursuit [14%] and Men’s Team Sprint [11%] and the Men’s Team Pursuit [11%].

Building on the success of our athletes, almost half of us [44%] are feeling inspired by the Olympics to participate more actively in sport in future – with 65% of those aged 18-34 being the most keen.

Whilst the Olympics wasn’t the only major sporting event this Summer, it was the most popular in terms of enjoyment with 47% saying they enjoyed it the most; with just 14% preferring the Euro 16 football, and 13% Wimbledon.

So it appears the Olympic success was appreciated all round. Download more of the data here.