The EU Referendum: How much influence is your employer and industry having on how you will vote?

Brexit, Brexit, Brexit…!  It’s dominating conversations and media outlets perhaps more so even than the General Election last year.  Like that election, there are polls a plenty from market research agencies, or “pollsters” like ourselves, and it is nail bitingly close with less than 24 hours until the polls open tomorrow.

We didn’t want to throw another general poll your way, but we couldn’t resist entirely..!  With so many business leaders and employers adding their views to the cacophony, from banks to supermarkets to pubs, we really wanted to know what the UK working population thinks themselves.

So here it is, and really on a knife edge, with only just over 1% in it but narrowly favouring Leave in our Harris 24 poll. 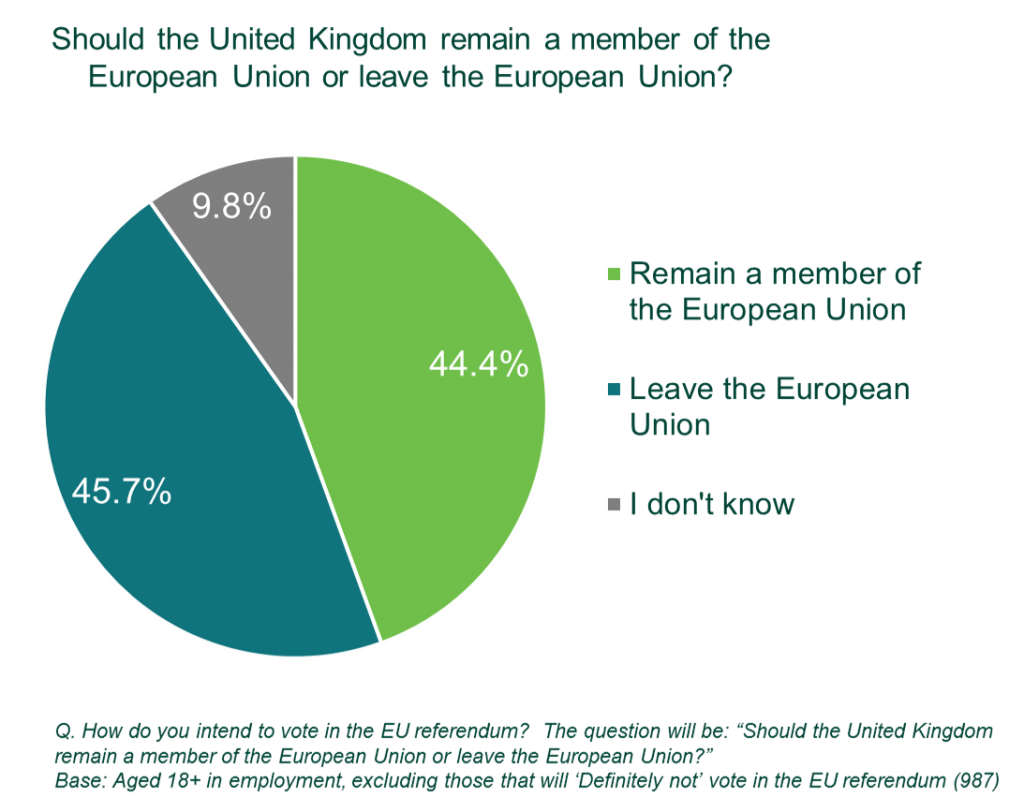 More generally, 17% say that their industry, colleagues or line of work has influenced the way they will vote on our membership of the EU.

And there are clear differences in how people working in different major UK industries will vote, with those working in Education / Childcare (57%) and Financial Services (54%) most favouring Remain, whilst those working in Industrial / Manufacturing (62%), IT / Telecoms (51%), Construction (50%) and Charities (50%) favouring Leave. 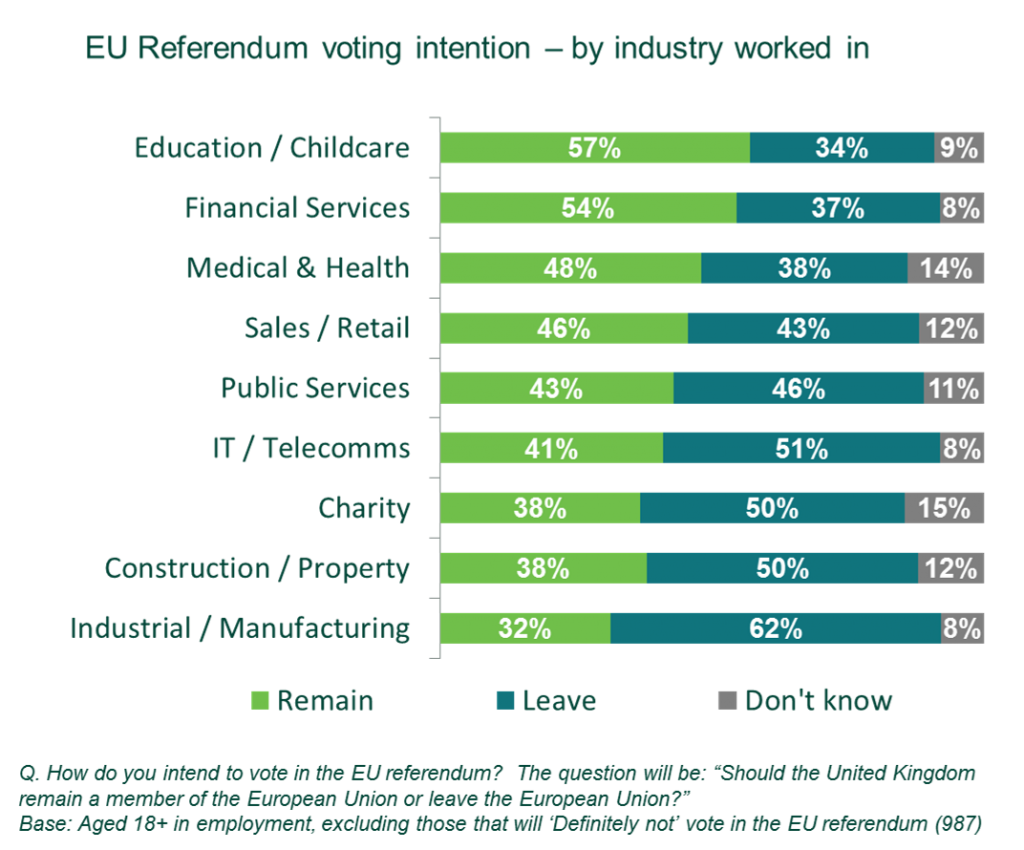 Interestingly, considering we have a narrow Leave lead, when we asked people if they think leaving the EU will make them better or worse off, they are much more likely to say worse off than better off personally, with 2 in 5 saying worse versus under a third saying better.  However, when it comes to the UK as a whole, there is little in it at around 2 in 5 on each side.  This is because more feel that it will make no difference to them personally than think it will make a difference to the UK as a whole – perhaps distancing themselves as individuals from possible effects on the economy and immigration. 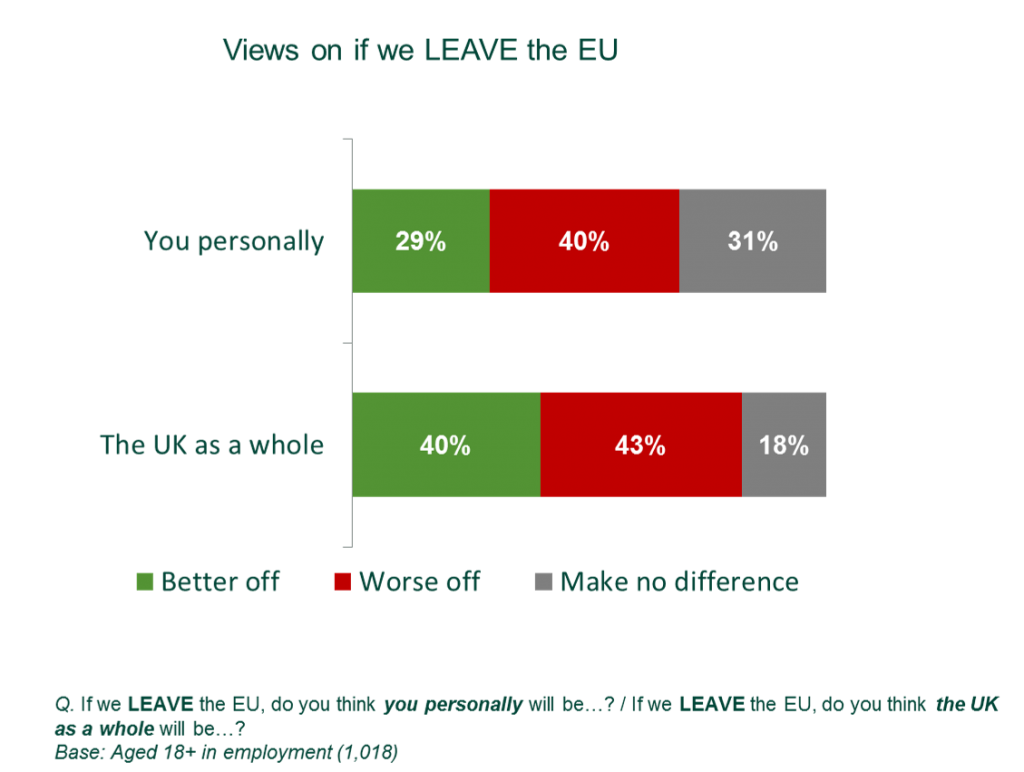 When it comes down to it tomorrow, it will simply be a judgement call, a gut feel – and I suspect an emotional rather than purely a rational decision.  Putting my personal hat in the ring, despite a narrow lead for Leave in our Harris 24 poll, I think when it comes to the almost 10% apparently yet to make up their minds, and who will actually go into a polling station to cast their vote, we will ultimately Remain a member of the EU.  But time alone will tell..!  Time to get the snacks in: I think I’m in for another all-nighter.