By the end of 2020, around 53 million Smart meters are expected to be fitted by energy suppliers across Great Britain. With only 5 million currently installed this means that the roll-out of Smart meters will start to ramp up over the next few years.

This research is the first of a regular iteration conducted by Utility Week and Harris Interactive.  Click here to see the full report

We found that a relatively high proportion of consumers (41%) claim to have been offered a Smart meter and that the number of installs in the last 6 months appears to have ramped up with 14% claiming to have had one installed in that timeframe (24% within any timeframe). 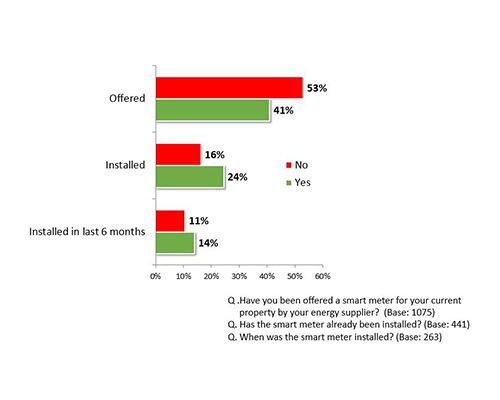 Of those who have already had a Smart meter installed, 62% liked the idea before having it installed and few (5%) had any worries.  This is probably what you would expect as the vast majority of those with a Smart meter installed would be “early adopters” and perhaps have a more positive view of them.  More good news is that the majority of consumers with a Smart meter thought the process was straightforward (98%) and were satisfied with the installer skills (76%) and information provided at install (78%).   There are, however, a couple of notes of caution on the Smart installation experience as our research found that 13% required multiple visits and 12% experienced billing problems.  Whilst these figures aren’t high, the Government has projected rollout costs on a 95% first-time install scenario so our research suggests that this is below that and therefore means an additional cost burden for suppliers.  As the rollout starts to ramp up, suppliers wouldn’t want either the multiple visits or billing issues figures to increase any further as it would lead to significant additional and, in some cases, unplanned cost for suppliers. 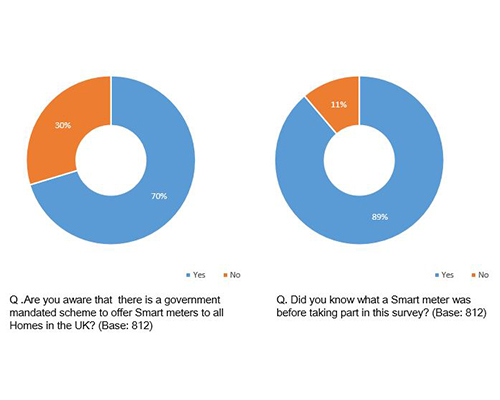 The research also demonstrates that there is more work to be done to generate awareness of the Smart meter rollout and educate consumers on the benefits.  Of those who don’t yet have a Smart meter, 30% claimed to be unaware of the Government mandated scheme and, remarkably, 1 in in 10 claimed not to know what a Smart meter was before taking part in the research.  Furthermore, whilst 45% liked the idea of getting a Smart meter, 28% claimed that they were not interested in getting one and a further 29% said that they would need to find out more.    Less than 1 in 10 are actually worried about getting a Smart meter but, amongst those that are, security of personal data is the major worry, followed by energy suppliers manipulating data and being charged more to use energy at certain times.

Finally, we asked both those with and without Smart meters whether they were aware that the Smart meter programme was being funded via contribution from customer bills and 6 in 10 claimed they were not and the reaction from most was extremely negative, with many saying that either the Government or energy suppliers should pay for it themselves.  This demonstrates that this is not common knowledge and, if it was, could be a barrier to wider installation. 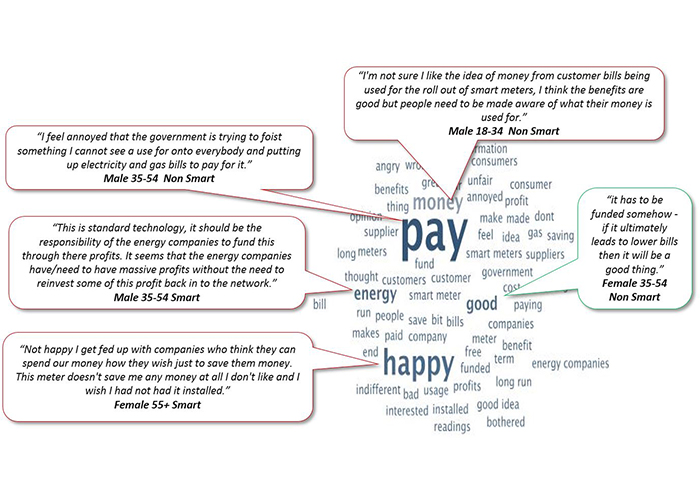 For this study, we surveyed a carefully managed nationally representative sample of over 1,000 UK respondents between 5th and 9th April.

Harris Interactive is the agency to use when you need answers fast from the general population. Using our Harris 24 solution, 1000 –2000 interviews can be completed and reported in less than 24 hours in the UK, US, France, Germany, Spain and Italy.