Should charities switch to opt-in only fundraising communications?

Recently Cancer Research announced they will switch to an opt-in only policy for their fundraising communications in a bid to improve trust and public confidence. This follows RNLI who did the same late last year.

As fundraising communications are still a key talking point along with the Fundraising Preference Service we wanted to get insight from the British public on the two topics. We used our Harris 24 service to launch an online survey to 500 members of the public and had the responses within one hour.

The first question introduced the fact that Cancer Research announced they’re switching to opt-in only fundraising communications and asked how strongly they agree that this is a move all charities should take. It’s clear to see the majority, a total of 85% either strongly agree or agree that charities should adopt an opt-in only policy, with only 3.5% disagreeing. 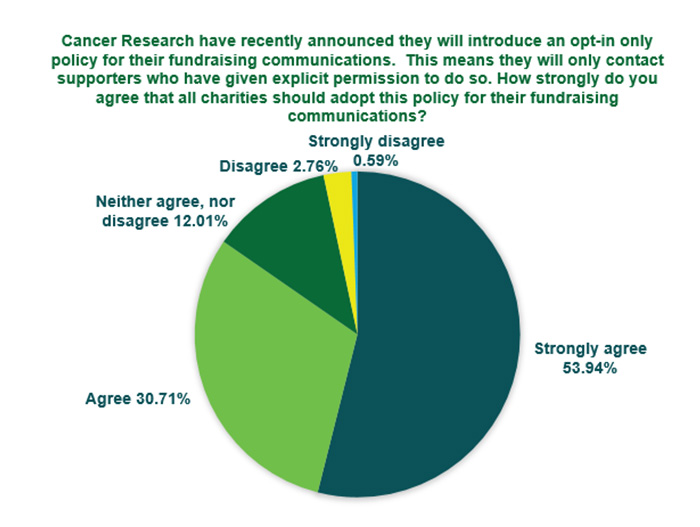 Respondents were then asked if a charity switched to opt-in only for their fundraising communications, would it make them trust the charity more. Nearly two thirds (59%) said it would lead to them trusting the charity more which is positive to note for charities already switching to opt-in only, or those considering it. Just under one third said it wouldn’t affect their trust towards a charity, 7% said they didn’t know and only 2% said it would have an adverse effect on their trust. 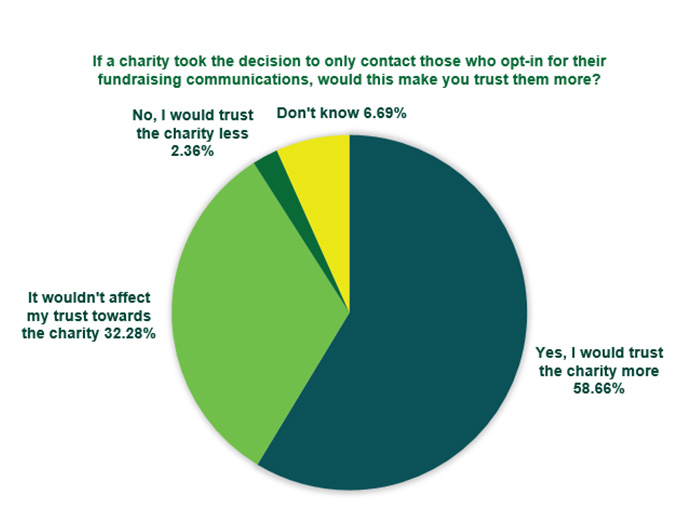 After getting opinion on opt-in policy, respondents were introduced to the fundraising preference service and asked how strongly they agree that this is a good idea. Over two thirds (67%) of respondents either strongly agree, or agree it’s a good idea, with 23% saying they neither agree, nor disagree. Less than 10% either disagree, or strongly disagree with the idea of the scheme. 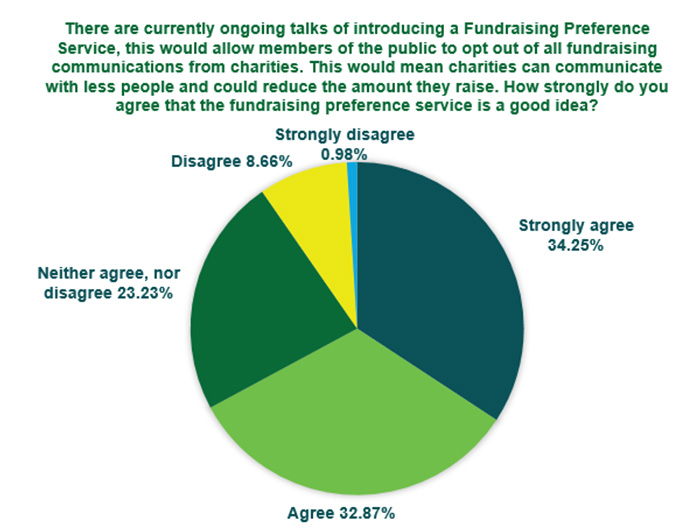 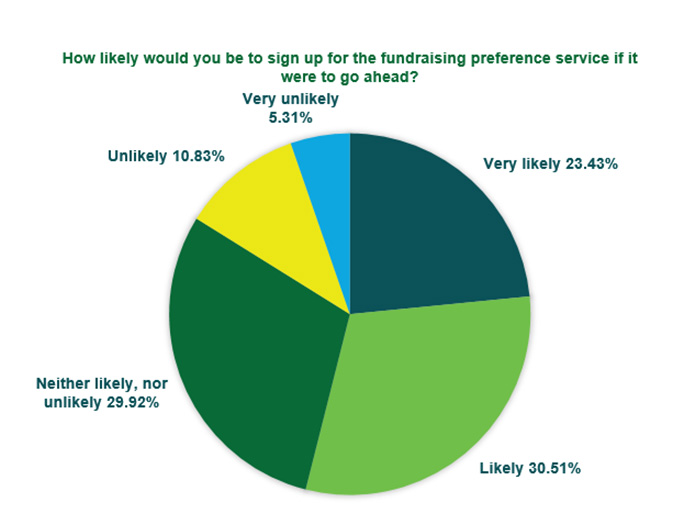 It’s interesting to note that whilst 67% agree the fundraising preference service is a good idea, only 53% said would be likely to sign up for it, a difference of 14%. That said though, if over half of the British public did opt out of all charity communications this could have a huge effect on the total donations the sector as a whole receives, with some experts predicting it could lead to a £2bn decline each year.

Now more than ever for charities, it’s crucial to build confidence and trust with supporters by communicating with them in a way they are comfortable with, engaging with them emotionally, being transparent about where their donations go and to raise awareness in a positive manner.

At Harris Interactive we’re currently working with charities looking to increase their number of opt-ins via researching tailored permission statements. If you would like to discuss this further, or any research you have in mind please contact Jonathan Pitts via 0161 242 1363 or jpitts@harrisinteractive.co.uk