Levels of public support for the RSPCA’s prosecution powers

In recent headlines, some MPs have called for the RSPCA to be stripped of their power to prosecute in animal welfare cases and we wanted to find out more about the opinion held by the general public and whether they agreed with the view held by MPs.

Using our quick and effective Harris 24 service, we polled the opinions of 1,000 adults aged 18+ within England and Wales. Firstly, we wanted to establish how many people were aware of the recent stance taken by MPs calling for the RSPCA to be stripped of their right to prosecute. Almost half (48%) of the general public were aware of this.

Q. Under the Prosecution of Offences Act 1985, the RSPCA exercises its right to act as a private prosecutor. Recently, MPs have called for the RSPCA to be stripped of its power to prosecute in animal welfare cases. This would mean that though the charity would be able to continue investigating animal cruelty cases, they would need to hand evidence over to the Crown Prosecution Service (CPS) who would decide whether to carry the case forward. Were you aware of this? 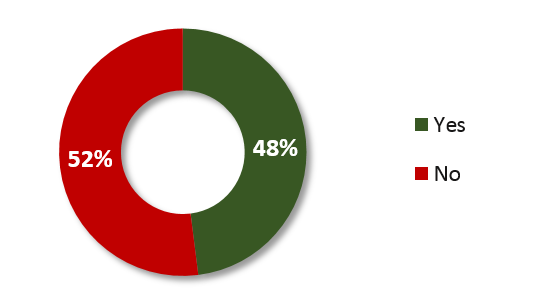 Next we asked members of the general public if they agreed with the RSPCA being stripped of its power to prosecute welfare cases. The approach suggested by MPs would mean that although the RSPCA would be able to continue investigating animal cruelty cases, all evidence collected by the charity would be handed over to the Crown Prosecution Service who would decide whether to carry the case forward. Our research found that 48% of the general public disagreed with this.

Q. To what extent do you agree or disagree with the following statement?

Those in support of the RSPCA retaining its prosecution powers, claimed that this was because of the great work already done by the RSPCA, their knowledge and expertise in dealing with animal welfare cases and their dedication towards looking out for the welfare of animals. Other reasons given for not supporting the motion to strip the RSPCA of its prosecution powers include concerns that the Crown Prosecution Service lacks the expertise, resource and motivation to address animal welfare cases leading to fewer individuals being prosecuted in cases of animal abuse.

Q. Why do you think that the RSPCA should not be stripped of its right to act as a private prosecutor? 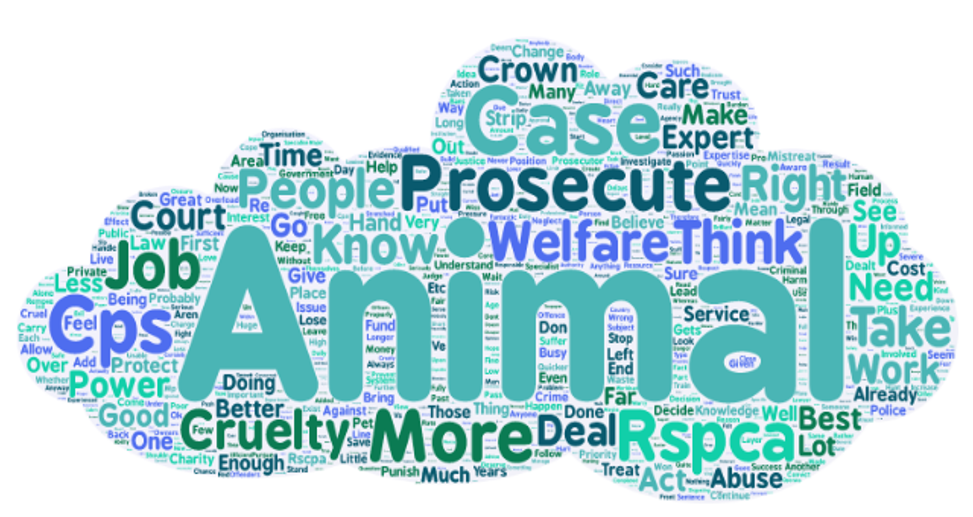 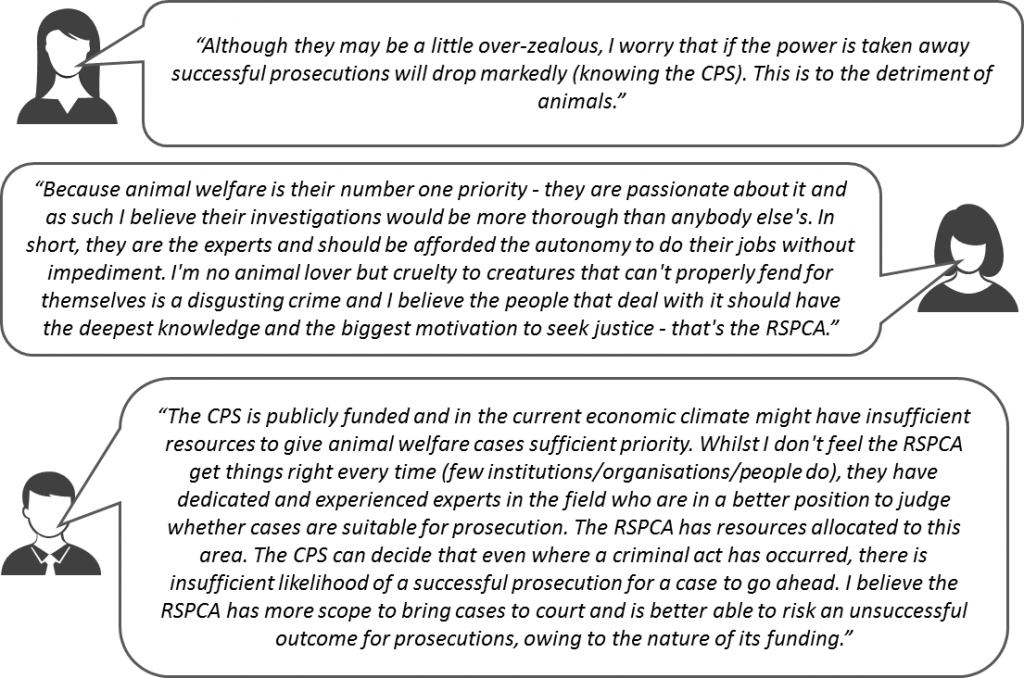 Q. To what extent do you agree or disagree that the Crown Prosecution Service is better equipped to handle animal welfare cases than the RSPCA?

Whilst a decision is yet to be made about the future prosecution powers of the RSPCA, the majority of the general public are in support of the RSPCA’s prosecution work and see them as the experts when it comes to dealing with animal welfare cases.