Financial Services is ill, but is it ready to take the cure from Dr Virgin and Professor Co-op?

Well whoever has said the financial services sector is dull now has to eat their words! For me it is a sector, that yes has a lot of challenges, but it is a sector that promises change – that’s what makes it interesting.

In the past couple of months the sector has been rocked by a couple of big ‘Platform Announcements’. Firstly, Virgin Money acquired Northern Rock and now the Co-operative has emerged as the preferred bidder to buy 632 branches from Lloyds TSB. There is no doubt that the sector is still suffering, just read the current addition of viewpoint.  The real question is – Are the men in grey suits ready for the cure? 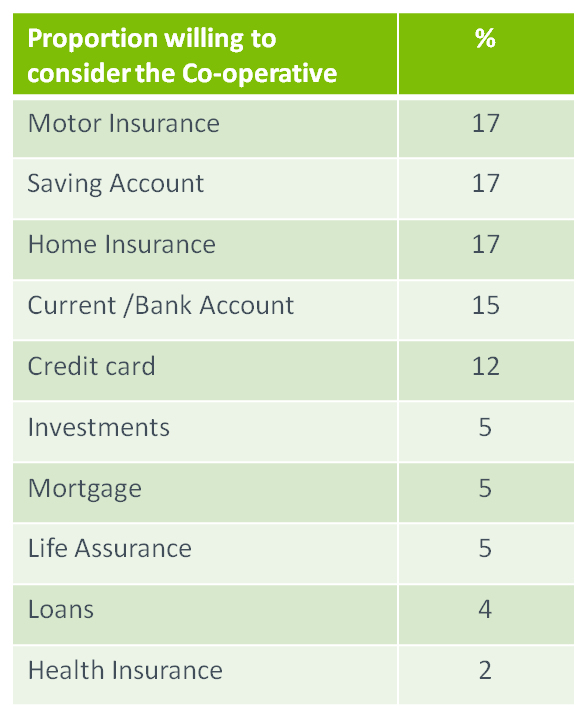 The first stage of antibiotics is just beginning, with a double dose of consumer centricity and a dash of ‘Brand’son magic whilst later down the tracks we visit the ethical station of the Co-operative.

My previous blog highlighted how consumers felt about the Virgin Money acquisition.  Well sector take note they feel just as positive about the Co-operative move with c.30% saying it is a good thing for the sector and 38% neither nor. Just 5% are opposed to the move.

The main reasons for optimism are increased competition and the ethical stance/practice the Co-operative will provide. Interestingly, a number of those who are primarily against the move appear to be existing Lloyds TSB customers.  They are either worried their branch is going to close or that they are suddenly going to have to change banks.  Also there are some fears of the Co-operative’s creditials within financial services – Co-op, take note!

If the men in grey suits are not ready to change, I have news for you….consumers are! Just look at the proportions of people ready to switch products to the Co-operative. The scores are virtually identical to those achieved by Virgin Money.

When you then look at what is important to consumers when selecting a financial services company – you can clearly begin to see why both Virgin Money and the Co-operative score so well.  Most financial brands can claim to be trustworthy and offer a fairly decent service, but how many can justifiably claim to treat customers fairly, demonstrate they really care about customers, act responsibly and in an ethical manner.

Whether the efforts of the Co-operative bank and Virgin Money prove to be the panacea or merely a placebo to the industry’s woes remains to be seen, but the symptoms are clear and crying out for treatment. 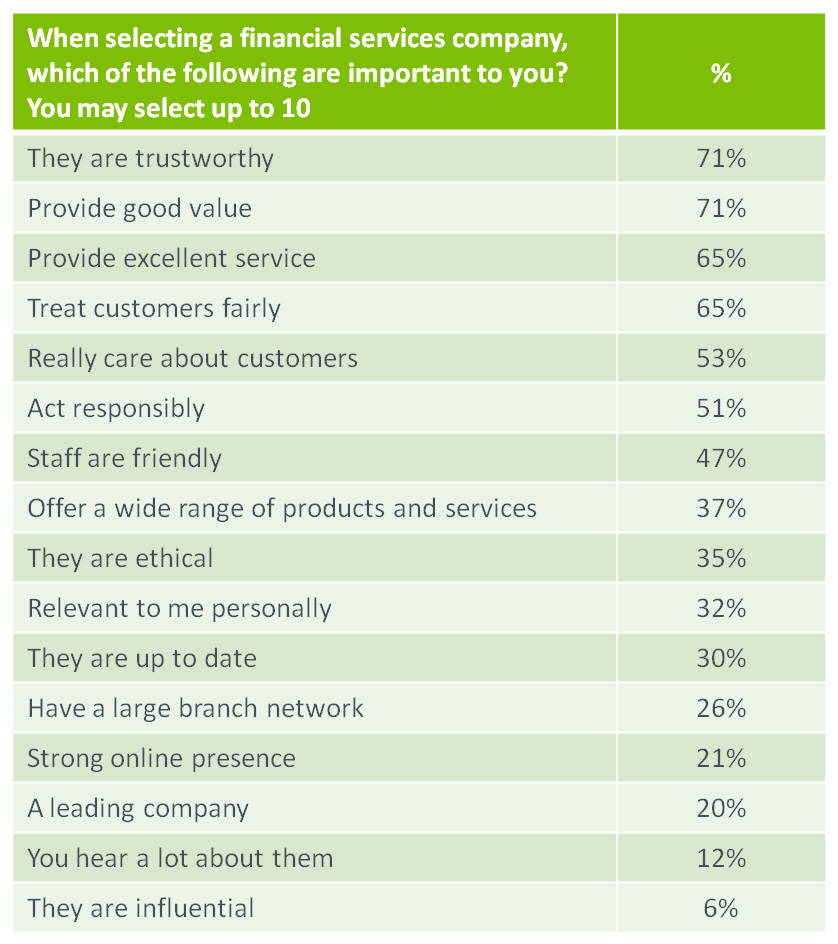 Positive Quotes with the Co-operative move:
▪ “A real, more ethical competitor now for bigger banks.”
▪ “Because I believe that the big banks have become extremely complacent and are more interested in making money from the markets than they are in looking after their retail customers who they tend to regard as numbers rather than as individuals.”
▪ “Because I view the Co-operative as an ethical bank, in stark contrast to just about every other bank, who only care about profit and bonuses and not the customer or the morality of what they invest in.”
▪ “For a company that has always been associated with looking after people and the community, it’s a really good move, especially with the current economic situation.
▪ “The Co-operative Bank is ethical and is thus a better bank than others. Their expansion is ultimately good for them and good for society.”
▪ “Co-op tends to be good value with excellent customer services.”

Negative Quotes with the Co-operative Move:
▪ “It could mean the removal of the only actual on the street bank within reasonable difference of my home. This already happened with HSBC which is why I opened a Lloyd’s account. I do not wish to change again.”
▪ “Because I am wit Lloyds TSB and I don’t want my local branch going and becoming a Co-op bank”
▪ “I love Lloyds TSB and don’t know anything about Co-op banks. Why can’t things ever stay the same? If it isn’t broke don’t fix it.”
▪ “I’m a Lloyds TSB customer if they get rid of 632 branches that will mean 632 less places to do banking!”
▪ “The Co-op do not seem to be financial experts”
▪ “I do not think the co-operative bank has sufficient financial acumen”
▪ “Who wants a bank with an address of 1 Balloon st!”