Fake news – deliberate misinformation or hoaxes spread via traditional print, broadcasting news media, or via social media – gained global prominence as a result of the 2016 US presidential election, which, according to political observers, was influenced by this relatively new phenomenon.

With increasing numbers of people sourcing news content through social media, Facebook has become one of the main channels through which fake news can ‘go viral’ and reach huge audiences.

In recent months, Facebook has taken action to improve the monitoring and reporting system to crack down on the problem of fake news after accusations it has not done enough during the US presidential campaign or in the run up to the Brexit referendum in UK.

In the run-up to the UK general election, Facebook broadened its campaign to raise awareness about fake news by placing the adv shown below in the UK press on May 8th, including The Times, The Guardian and Daily Telegraph. The ad shows a list of 10 things to look out for to help people decide if content is genuine. 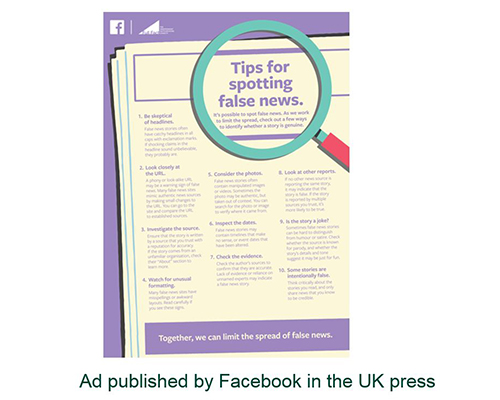 Harris Interactive decided to launch a Harris 24 poll on May 10th to measure the impact the Facebook campaign about fake news in the UK press. 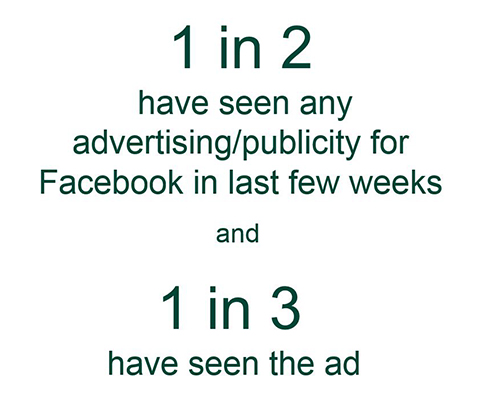 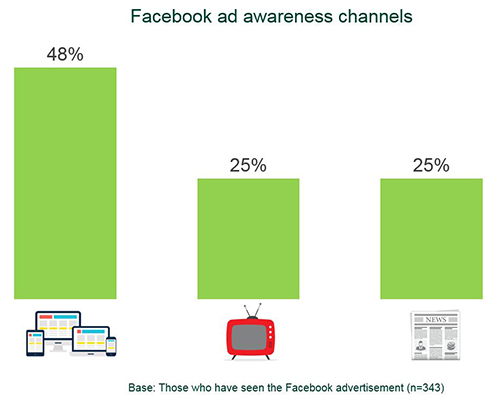 Our results suggest that traditional media overall were key to extending the reach of the campaign with 42% of those recognising the ad claiming to have seen it somewhere other than the internet. 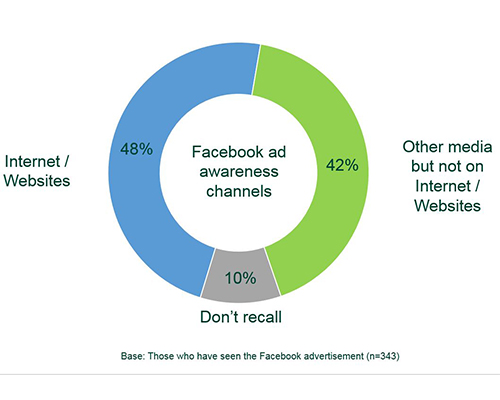 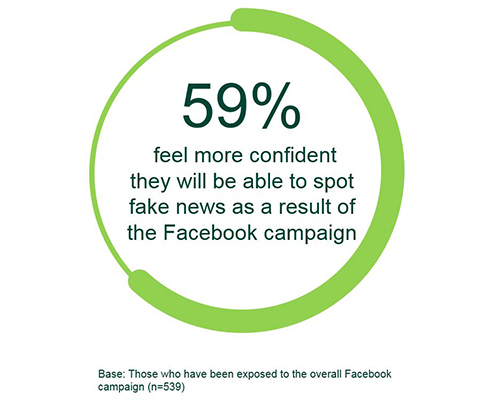 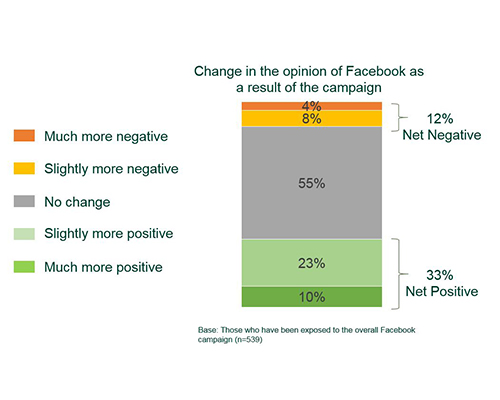 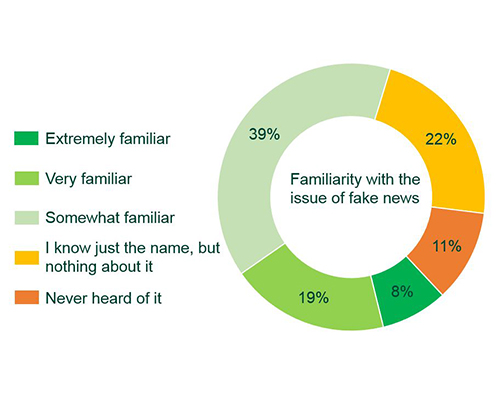 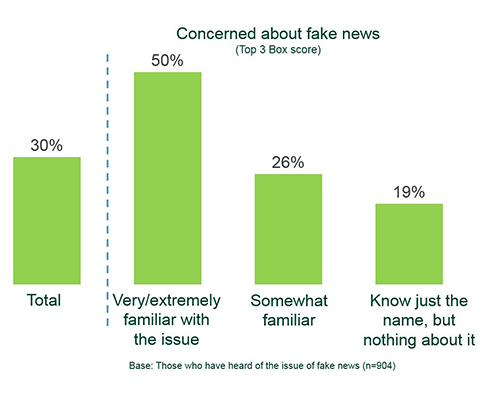 In summary, the Facebook campaign had a clear positive impact in terms of visibility and brand reputation, also providing practical tips which a majority found useful. There appears to be a cumulative effect of all the marketing and media activities carried out by Facebook, with the print ads playing an important role in extending the campaign reach and also in generating a good amount of publicity on all the news media. However, a large part of the UK public are still unfamiliar with the issue and not concerned with it, which puts them more at risk of believing false news. That raises the legitimate concern that, despite efforts to tackle the problem, the forthcoming UK election might be influenced by fake news. And, in the long term, this is certainly an issue that is likely to become more salient in a media landscape where the news consumption is increasingly shifting from TV and print to social and digital news.